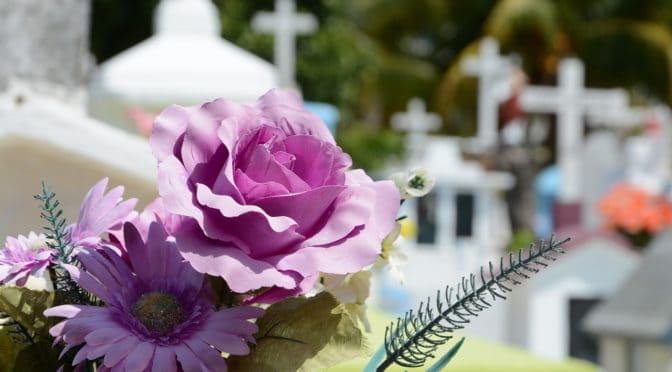 The Key Role of Bereavement poems and using them correctly.

The basic role played by these poems is encouraging bereaved using comforting words. They bring about the assurance that the grief encountered lessens as time goes by. Losing a loved one is very painful, we will learn to live with the loss, but will not forget this permanent scar.

There is an encouragement in knowing that others, like the poets themselves, have gone through a similar situation, and came out strong enough to talk about it. We should also be hopeful for in our own time and pace, we will overcome.

Based on their lengths, you will find the following types of bereavement poems at The Holy Bookshop. This is meant to make it easier to make decisions based on where the poem will be used, and who will use them. For instance, short bereavement poems can be easily read by kids and will occupy little space in terms of being used in things like memorial programs.

There are religious and non-religious bereavement poems as shown below:

Christians wish to honour God in all aspects even when mourning. They wish to encourage the bereaved that God knows what they going through, they need to hold on, it was the will of God, and in a matter of time, they will learn the lesson intended from the deceased’s death and be granted the Godly strength to soldier on.

The non-religious bereavement poems are ideal for all people regardless of their faith. They will be used by Hindus, Muslims, Pagans, and as well as Christians if you so wish.

As a rule bereavement poems form a beautiful method of paying homage to the departed and remember who they were. Additionally, they assist in the process of healing through comforting the people left behind making use of their comforting words. You will find very many bereavement poems, we have only chosen the very best among them here at the Holy Bookshop. Go ahead and experience these.

Once finished, you can also opt to customize your choice by inserting the actual name of the dearly departed. This makes the composition highly appealing and also will draw much attention from the crowd because it can make it look like the funeral poem was specifically written to the deceased.

These types of bereavement poems grow to be ideal in just 2 circumstances.

•In the course of the funeral– they can be included in funeral programs, and in the actual different burial service, possibly in the morgue, in a chapel, at the departed home, or even by the grave.
•During commemorative services- these are a good method of carrying on a person legacy in the course of funeral services, which are usually held at locations decided by the family members.

•To be a remembrance for the departed loved ones.
•On burial and commemorative stationery- including obituaries, funeral and memorial plans and bouquets, gravesides, sympathy, memorial, and acknowledgment cards.

These bereavement poems could be recited by either a member of the family a pal, a colleague or perhaps a pastor responsible for the funeral service.

So as you are making the arrangements, after you have chosen the remembrance poems, and also have made the decision whom you wish to read these, communicate promptly. Let them know and confirm the role they have to play. If they are not willing or able, you can look to get a replacement. Go ahead and deliver these people a copy of the poem to enable them to practice saying or reading it to ensure a great delivery.

Because reading through bereavement poems will take up time, bear this in mind, to ensure it is provided enough time in your plan, knowing that the individual reciting it knows of the allocated time period so they don’t get a little obsessive. As in the case of Harry and Megan’s wedding!

Wherever kids have been designated to read bereavement poems, try to go for the short remembrance poems, which they can quickly read over prior to them getting bored stiff. Kids have minimal concentration span, and also the likelihood of experiencing a long poem to the finish, without ruining it is small.

But in situations in which the poem is being sent out, time isn’t anything to be thought about. Simply send out the bereavement poems and let the person who is going to recite it to go at their own pace.

An additional unique method of going about the bereavement poems is by publishing and framing them on the wall. This can be used to be a wall hanging possibly in the departed person workplace or home. It’s going to be a continuing reminder for our children and grandchildren.

Other than remembrance poems, much more remarkable methods for keeping in mind family members include,
•The standard example is to remember the special times, those that provide you with happiness.
•Growing trees and shrubs.
•writing them songs or books.
• Naming a newborn after these people.

How to select bereavement poems.

Almost as much as you’ve been provided with a long list of some of the best popular funeral poems, narrowing your research to just one solitary poem may still need a little input. You want a funeral poem that communicates all of your feelings, yet still honoring the actual dearly departed in a single shot. This is where we recommend the potential of using more than one remembrance poem if this pleases you. Even so, follow the recommendations beneath.

Think about the deceased. Exactly what values did they hold close? Exactly what songs did they enjoy? How was their lifestyle generally? Was generally there a specific funeral poem, verse, or saying that they loved? What was his or her character? Have they left a will, therefore, could it be they presently opted for a particular poem, or have they wrote down the way they need to be remembered?

Discovering solutions to such concerns generally help an individual in consolidating the search in the outlook during the concept of your bereavement poems.

Essentially, if in your search, you actually discover bereavement poems that combine the above points, then your search is complete. For the memory of a loved one requires a look into their lives and how it impacted your own, at the time they were alive, now that they’ve died.

Think about your feelings. Keep in mind you additionally need a poem that has the opportunity to interact with your feelings and also of a crowd that may come across it. will the poem be in a position to display your thoughts clear and specifically? Can it create an image of what you are visualizing, that relating to everything of your deceased?

There are non-religious and religious bereavement poems

Spiritual kinds center around one’s faith, and will, therefore, be a good fit for people of their particular faith, or else, it would appear an insult if recited to individuals of a differing religion. These poems usually express powerful God-like messages, that generally have much more effective as would certainly be seen by Christian believers, whose worlds center around God.

The Non-religious bereavement poems are usually free to be used by people coming from all walks of faith and can be personalized to suit an individual’s spiritual convictions with ease.

There are long and short bereavement poems.

The short bereavement poems can be easily subjected to a multiple of uses to incorporate being used in gravesites, obituaries, and funeral plans, funeral and commemorative flowers, notecards, condolence and sympathy cards, among other uses.

Who is best suited to use bereavement poems?

Due to the reality that they are designed to commemorate lives, bereavement poems can be used by everyone, ranging from children to grown-ups, and the aged.