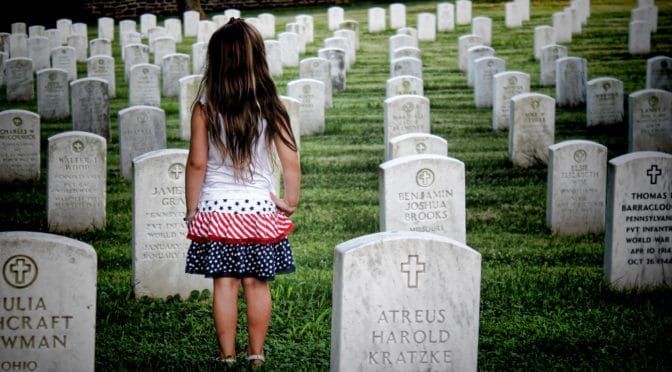 Adjusting to life following the loss of a loved one is not a simple task. Much as we are all aware that death is a natural process that we have to face someday. Christians find hope in the belief of life after death, whereby we shall all meet again once we die too.

But one is required to adjust almost immediately after considering things like having to make funeral and burial arrangements or returning to work in the case of one being an employee. As time goes by, we all learn to do things which will enable us to remember the deceased for the happy times and important lessons derived from them as opposed to focusing on the gap left by their demise.

As you will see, these best short funeral poems, best sympathy poems, and best funeral memory verses are useful in a number of ways as we adjust after the death of a dear one.

These poems are used to majorly honour the deceased and their memories, such a very important role. It is the reason we have to look for nothing other than the best. Google has made our searches for items fast but also confusing at the same time. From the click of a button, per say of the best short funeral poems, a massive list of selections will definitely appear. Combing through them to separate grains from the chaff is the hard task.

Having selected your special words, did you know all the areas of a funeral aspect to which they can be applied? Well, the Holy Bookshop gives you an insight as indicated below,

1. During memorial and funeral services

A funeral service is held in presence of the deceased’s body while memorial services may be held immediately after the death of a loved one or a while later as decided by the bereaved family. During either of the services, there may be a funeral sermon, some funeral hymns, and selected funeral memory verses. There may also be a predetermined order of either first and second reading, or both together with a final third reading.

The memory verse selected should be in line with the preference of one’s local church. If possible seek approval from the pastor, or better still let them know of the selected funeral memory verses so that they align their sermons to the messages carried in these verses.

2. On death notices and obituary announcements

Whether you decide to make public the death of a dear one through emails, social media or newspapers, what remains important is the fact that you did the best for everyone to know the passing on of a dear one and or come to assist in giving them an honorary send-off.

The newspapers will charge for the total words used and amount of space occupied by a death notice, so a decision can be made based on one’s ability to pay for these. This further helps in deciding the information to include or exclude as you draft the obituary or death notice, applicable to use of funeral memory verses, short funeral poems, and sympathy poems.

3. In programs for funerals

The memory verses, sympathy poems, and short funeral poems can be inserted at the beginning, in the middle or at the end of the funeral programs. They add value to the funeral programs through establishing channels of comforting and consoling the bereaved while celebrating the deceased.

The funeral programs not only give timings on how things are to happen and their duration but also give directions and sometimes detail even songs, bible verses and poems dedicated to the deceased.

These cards are used to invite people to attend a funeral on a personal level. They help in knowing the number of people being expected by virtue of confirmation, enabling one to organize for things like transport, food, and accommodation.

Enlisting the use of these funeral memory verses, short funeral poems and sympathy poems in the funeral invitation cards helps in indirectly passing across relevant messages regarding what we feel and what we want people to reflect on with relevance to the life of the deceased.

On funeral speeches and for eulogizing the deceased.

The use of funeral flowers on gravesites and caskets is loved for its aesthetic purpose of beauty and appearance, and simply as a gesture of care and love for the deceased. These best short funeral poems, best funeral memory verses, and best sympathy poems can be printed nicely as cards and attached to the flowers to bring more meaning to them. It will no longer be a matter of beauty only, but also bring about messages of hope and comfort for the bereaved and the deceased.

6. On gravesides and headstones

One can honour their loved ones by engraving the chosen poem or memory verse on the headstones or gravestones of their loved ones. Such poems or verses may be selected based on the personality of the deceased, or as a message with what we would wish for the deceased to know regarding the impacts of their death on those left behind.

7. On eulogy or speeches for funerals.

A funeral speech or eulogy is a golden chance which enables everyone to know about the deceased. It gives room for making people know who they were and what they held dear. It allows you to let everyone know the kind of relation one had with the deceased. But preparing funeral speeches or eulogy, especially amidst mourning is quite challenging.

One has to make sure the words are well chosen and properly arranged with a smooth flowing story. This can be easily achieved by choosing an appropriate short funeral poem and a nice memory verse that rhymes the deceased’s personality and make a few alterations to individualize it.

8. On thank you cards

These cards are also used in funeral setups to appreciate the help received after the death of a loved one, perhaps in making funeral and burial preparations. They can also be dedicated to the deceased to show appreciation for the impact they had on our lives.
The best short funeral poems, best sympathy poems and best memory verses can be designed in form of cards to assist in showing this gratitude.

9. As sympathy and condolence messages

That we feel sad with the bereaved is naturally human, even though we might not be directly related to the deceased. The only setback normally is people pulling away from the bereaved as a result of fear of saying things which might make them sad. These poems and verses can be used to sympathize with and console the bereaved in an experienced way.

1. They help in celebrating the lives of the deceased
The pain caused by losing a loved one may make us forget that there are good things that can be derived from their lives. We tend to get lost in thoughts of a bleak future without them, trying to imagine whether certain things can even be done in their absence.
These short funeral poems and memory verses help us to see the good things that can be derived from the death of a dear one. They speak of these moments making it look like it was actually the deceased himself being talked about.

2. They help in honouring our spirituality and that of the deceased.
There are memory verses that can be selected simply because they were constantly referred to by the deceased for guidance in life. There are religious short funeral poems and religious sympathy poems which are Christian based, and that can be used during a funeral or memorial services to serve as a testimony of our trust in God even upon death.

Such poems help us to honour God and give assurance of His steadfast love as we grieve. They can be used in the deceased’s home, at the morgue, in church, graveside, or just anywhere where the funeral or memorial service shall be conducted.

3. For comforting the deceased
Coming to terms with death is no joke, neither is it something that you decide to wake up and shove away when you decide. It is a process that takes considerable time. These poems and memory verses bring meaning to us by giving assurance that things will be fine. They talk of the deceased being in a comfortable place like we would have wished. They convince us that would they be still with us, they would not have wished for us to cry, giving us the motivation to soldier on.

4. For communicating with the deceased
There are always times following the passing on of a dear one, that we just wish we would talk to them one more time. We feel the urge to tell them the impact of their demise, we wish to ask them whether they are okay in the afterworld. This is because however strong one may be, death still hits us hard, leaving us with so many unanswered questions.

These poems have incorporated such questions or things which we may wish to tell the deceased, and can be read to them at their gravesites or favourite spots, to help us connect to them even though they will not give direct answers. The joy of knowing that we shared with them makes us imagine the problem being a whole lot smaller.

The Holy Bookshop has an amazing collection of the best short funeral poems, best sympathy poems, and best funeral memorial verses which can be used as shown above. The decision as to which one is better lies with the family, for all of them have the contents that one would wish to see in a poem or memory verse for a funeral.

When my Dear Mother passed away recently I found myself in a strange place and that was how to choose the right and most suitable words that were particularly applicable to my Mum.

I found that the majority of people opted for words expressed in a Funeral Poem from the most popular. That wasn’t for me. I sought words that were different, unique but also would truly impress the audience.

The download I found contained 250 funeral poems to choose from. (Problem solved) We have made that exact download available here for you to choose the most appropriate words for any occasion. Just Click Here.