If you’ve ever wondered what to say to someone after a funeral, do not worry. Although trying to comfort someone after the death of a loved one can be difficult, there are still things you can say to family members that don’t sound fake, insincere, or awkward.

Funeral directors are quite often asked what a person should or should not say after a funeral, and the following are some of their responses.

Number One Rule: Be Yourself 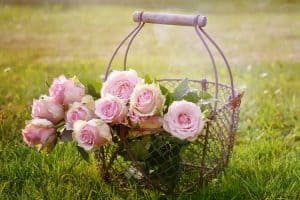 People who have just lost a loved one know how difficult it is to tell them something comforting because, let’s face it, they have been in the same position. Even before you decide what to say, you should think about how you’re going to say it.

Saying things such as, “he’s in a better place” or “there’s a reason for everything” can backfire on you because it can make that person feel like their loved one’s death is insignificant. Indeed, one of the most sincere things you can say is simply “I’m sorry for your loss.”

After all, this is a real loss to that person, and simply saying “I’m sorry” is sincere-sounding and shows that you care. That person understands that saying something “perfect” is nearly impossible, and he or she will appreciate that you’ve said something from the heart.

Is Saying Nothing a Good Option?

Determining what to say to someone after a funeral

Of course, one of the most common sentences these people hear is, “If I can do anything, just let me know,” but if you’re going to say something like that, you need to be willing to go through with it. If the person asks you to do something later on, whether it’s helping them open sympathy cards or bringing a meal for the family, you should work hard to make sure you do just that.

Talking About the Deceased

Many people assume that when you’ve lost a loved one, you no longer wish to talk about that person because it will only make you sad. This is especially true when a person loses a child, but it is simply not the case.

Regardless of the age of the deceased, the family usually enjoys talking about him or her and therefore, you can chime in with memories of your own that you had with that person. Some examples of what to say include the following:

These things not only let the deceased’s family know how important that person was to you, but they also let the family know that you appreciated having that person in your life, and so did others.

You can also say something such as, “You’re in my thoughts and prayers,” which lets the person know that you will be thinking of the deceased from now on. Knowing that others are sending good vibes in your direction can go a long way toward helping you feel better after a loved one dies because that alone can comfort you as few other sentiments can.

Helping the Family After the funeral Is Over

Once the funeral is over and done, the deceased’s family can feel very much alone. Everyone else goes on with their lives, but the family members of the deceased may have trouble doing that in the beginning. Figuring out what to say to someone after a funeral

After the funeral, you can say things such as, “When you’re ready to talk, give me a call,” or “I’m usually up early in the morning, so call me if you need anything.” This lets the family know that once all of the hustle and bustle of the funeral are out of the way, they can still contact you and have someone by their side as they take the next difficult steps.

The weeks and months after the funeral of a loved one can be extremely difficult for the surviving family members, and giving them a call or dropping off a meal is a great thing to do. You can also send a “thinking of you” card or bring the person a tree or plant to place in their yard in memory of the deceased. These gestures may seem small but in fact, they can be quite valuable after the funeral is over and things start to quiet down for everyone else.

Letting Them Know You’re There

Saying something perfect to the deceased’s family members is nearly impossible, but if you’re sincere and truly believe the things you’re saying to them, it can make all the difference in the world. During the funeral and even after the burial, family members can feel alone, but you can say things that will make them feel less alone with just a heartfelt sentence or two.

For instance, here are some other things to say after someone loses a loved one:

Although this is not the time to tell a joke or say something funny, it won’t hurt to inject a little humor into one of the things you say to a deceased’s family member. If you can get the family member to laugh or chuckle, even for a few seconds, it can make all the difference in the world. A little laughter can also break up any tension that might be occurring while others are talking to that family member.

The most important thing to remember when you’re trying to figure out what to say to someone after a funeral is to be sincere and let them know that you can help in some way if they need you either now or in the future. 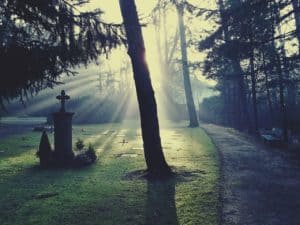 What Not to Say

You also never want to say anything that sounds like there’s a time limit for the grieving process because there isn’t. Never ask them about their future plans or sound like you’re shoving religious beliefs down their throat because these things usually make things worse and might make you feel awkward as well.