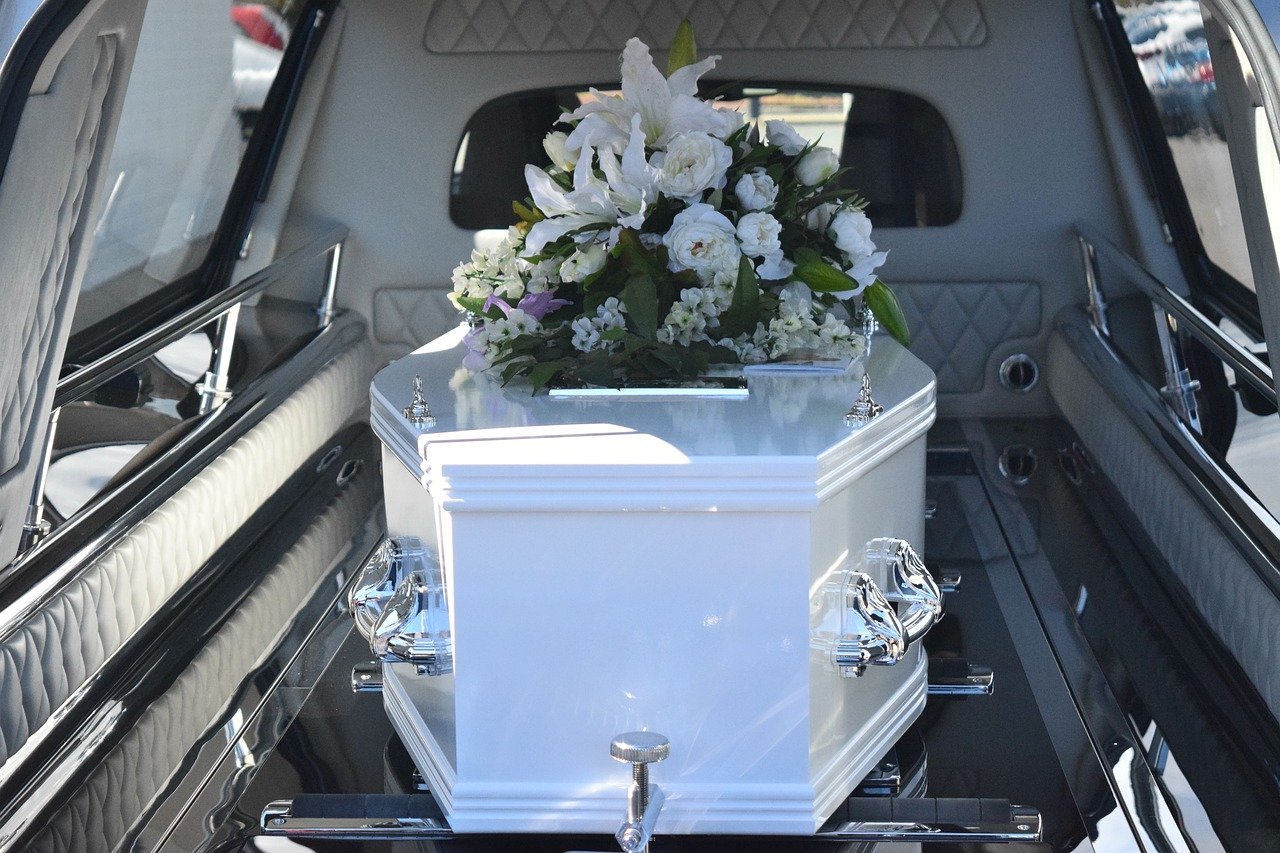 Knowing Just What to Say to Someone Who Lost Their Brother

Dealing with the loss of a sibling is incredibly difficult. No matter how old we are, it hurts the same. After all, this is a person who we spent our childhood with, who had, in many ways, understood us the best, even better than our parents might have. Moreover, they were possibly our greatest adviser in adult life, providing (broadly speaking) sage words if they were older or emotional support if they were younger than us. As such, the following article will deal with what to say to someone who lost their brother.

Of course, we understand that no two losses are the same. However, there are still some universal ways of approaching the person in their grief for their departed sibling.

Choosing What to Say to Someone Who Lost Their Brother

Currently, there are hundreds of thousands of results online on the topic of choosing what to say to someone who lost their brother (or sister, cousin, etc.). Most of these, however, are listicles on the best grieving messages or gifts. We would like to take a bit of a traditional approach to the topic and discuss the interaction itself. In other words, you’ll learn about what to say (and what not to say) to your loved one who’s going through a loss. 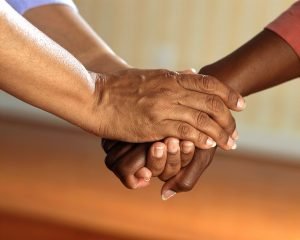 The most important thing that a grieving person needs are empathy. And there are no better words to express empathy when someone is going through a loss than the basics. A simple “My condolences” and “I’m sorry for your loss” ought to always be at the top of your list.

Another appropriate expression is “I can’t imagine what you’re going through” or “This must be hard for you.” It’s important to place them ahead of yourself. Their grief is your top priority, just as the loss of their brother is a top priority to them.

Sometimes, the grieving sibling needs their space. If they expressly say that, the best thing to do is to comply. However, death is a time when human interaction can be most helpful. But how can you be there for them if they need space? The answer is simple. Let them know, earnestly, that you’ll be there for them if they ever need you. Try to keep in touch via phone, e-mail, or by any other means. They might not need you right now, but at some point, they will.

funeral arrangements can be daunting. Sometimes, we shouldn’t focus on what to say to someone who lost their brother, but rather on what we can do for them. After all, they are our friends and need all the help they can get.

The first thing to do is to offer to help with the funeral. Anything from calling the proper service to set the tables will do. Beyond that, we might offer to help them around the house while they grieve. Not too many people will think about tidying up or doing the dishes with their recently deceased brother on their minds. But if we can take some of that load off, it will definitely help. 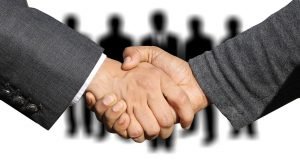 When the time is appropriate, you can approach the grieving sibling and get them to talk about the brother they lost. You can talk about anything, from the smallest memories to those great anecdotes that made him memorable. And while it can be tempting to “not speak ill of the dead,” don’t sugarcoat your memories.

In fact, a decent amount of people prefer not to be overly positive of their departed family. Naturally, we’re not saying that you should outright talk about every flaw that the brother had, but don’t pretend like he was perfect. Sometimes, over-admiration can make the griever feel uncomfortable.

As we stated earlier, some people deal with grief best when you leave them alone. With that in mind, pay attention to their body language and how they speak. If they prefer to cry alone, away from the crowds, that’s an obvious cue not to just run over and shower them with support. When they’re ready, they’ll come to you for guidance and a shoulder to cry on, and that’s when you need to be ready.

This last step is a bit tricky since it’s not easy to assess the best time to do it. Your loved one has just lost a brother, and since they are your loved one, you need to let them know that this love for them is as strong as ever. When you feel that the time is right, express your true emotions and assure them that they’re in your thoughts.

At some point, the question will shift from what to say to someone who lost their brother

During the grieving process, offer a gentle, friendly hug or an embrace. In addition, try to maintain eye contact with the griever, especially if they’re crying. A warm glance can reassure them that you’re there and you’re listening to them pour their heart out. Finally, allowing them to cry on your shoulder or your chest is definitely the right thing to do. 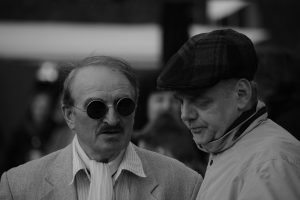 The number of people who willingly want to say something mean or inappropriate to someone who lost their brother is extremely small. However, sometimes even well-meaning people say things that sound wrong. We all make these mistakes, so it’s instructive to list off what not to say to an aggrieved sibling.

On the surface, this question is perfectly reasonable to ask during a difficult time such as the loss of a brother. However, it’s also a bit redundant. You can already tell how they feel and you’d be extremely hard-pressed to find anyone who feels good when their loved one dies. As earnest, as it might be, you should probably avoid asking this question.

We should stress that there are people out there who need some positive reinforcement during this difficult period. But we can’t forget that that’s not the case for most of us. Telling someone that it’ll get better with time is honestly not helping them at that very moment. It’s also not a good idea to try to “cheer them up;” the death of a brother is a difficult affair and it should be handled with gravitas and sobriety.

Normally, during the time of grief, we might want to try and think about anything else. Getting your mind off of a lingering problem can give you time to focus and heal. But that’s not the best thing to do during a funeral or even a few weeks later. When a sibling grieves, they ought to focus on that grief and express their true emotions. Likewise, we should show empathy and focus on their grief right alongside them.

To some, it’s tempting to invoke the wise words of a philosopher, a poet, or a person of letters. Likewise, it might feel like a good idea to discuss a philosophical view of life and death in order to calm the griever down. However, at the time of their brother’s death, they really don’t want to hear that. Earnest words of empathy and acceptance will always be more powerful than an out-of-place citation from a book.

Of course, religion can be a powerful way to convey emotion since so many people around the world still adhere to some faith. But again, not everyone is religious or even shares the same values. So, if the aggrieved party doesn’t want to hear it, it’s best not to impose it. 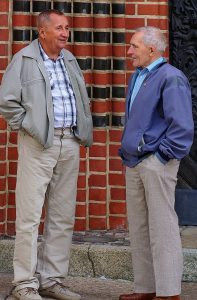 Comparing Them to You

Once again, this step seems like it’s empathetic. And on the surface, it really is. After all, you’re trying to understand your loved one by directly comparing experiences and relating your own strong feelings about it. However, not all deaths are the same. But more importantly, doing that will shift the focus from them to you, even if that’s not what you intended. Instead of comparing, just try to listen and understand the pain they’re going through.

Once again, we can all make mistakes, since not everyone knows what to say to someone who lost their brother. In terms of body language, anything that looks like rejection will make the grieving sibling feel worse than they already do. If they start crying, don’t look away or keep quiet. Moreover, don’t avoid talking to them or approaching them when you’re walking down the street.

One more detail you should pay attention to is avoiding cheerful body language. Pats on the back and friendly fist bumps on the shoulder are not appropriate during someone’s grieving process. Instead, opt for gentle, welcoming gestures and subdued movement.